How strong is your Hippocratic Oath? The story of Munjed Al Muderis 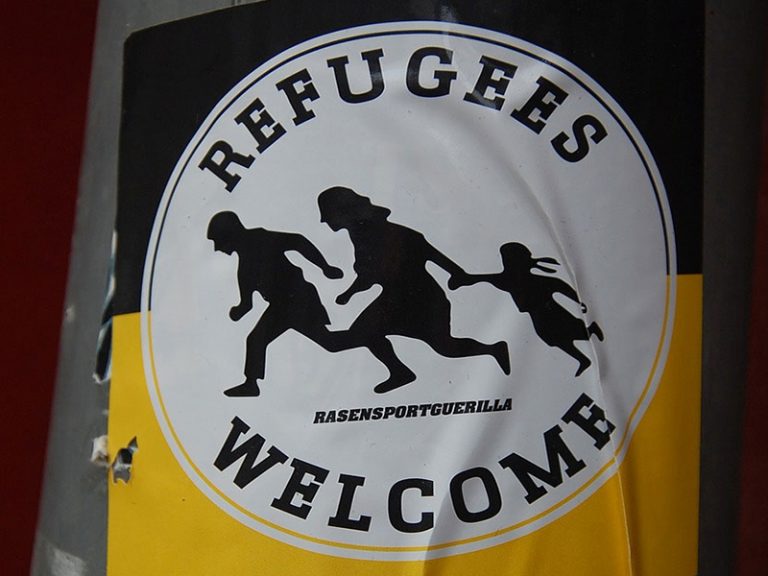 I had the honour and privilege of meeting Munjed Al Muderis whilst I was in Melbourne.

His life story highlights both the difficulties that refugees face, as well as the often extraordinary contributions that refugees make in the countries that grant them asylum.

Munjed grew up in Iraq. His family were well off. His dream was to study medicine and practise in Iraq. He became a doctor and his life was going well.

One day, everything changed. Munjed was doing an elective orthopaedics list, and the Baathist party arrived with a bus load of enemies of the state. The officials ordered all the surgeons to cancel their elective list, and to mutilate the ‘traitors’ bodies with their surgical knife.

The head of the department said no, absolutely not. Officials from the Baathist party responded by shooting him and killing him in front of all the other doctors. The state officials made it clear to Munjed, and the rest of the surgeons present, that if they didn’t cooperate they would also die.

Munjed decided to run and hide. Knowing that he was no longer safe he escaped the country. He fled to Jordon, to Malaysia, to Indonesia, and then eventually to Christmas Island.

His journey was tough. The boat he was on was overcrowded, and many individuals were unable to survive the journey. Munjed used his medical skills to try and help other refugees, but it was difficult.  When he arrived at Christmas Island, he was given some good things. Clothes from the salvation army, a warm shower. It felt positive.

He was then placed in a detention centre, Curtain detention centre in Western Australia. The experience was horrific. He was stripped of his name, and given a number instead. The number was written in permanent marker on his body, 912. He was locked up and felt like he was in a prison.

In the detention centre he saw refugee children being sexually assaulted, by both other detainees and by staff. Munjed took the time to befriend some of the staff, and ended up having cameras smuggled in and took photos of the horrific conditions and events that occurred.

Abuses in detention centres rarely result in convictions. Munjed felt incredibly frustrated by this. The response of the authorities was to place him in prison because he was seen as an agitator at the detention centre.

Prison was however an upgrade. He was treated like a human being. He was called by his name, and he had access to a telephone.  Using the phone he was able to communicate with human rights groups like amnesty international.

Eventually he was sent back to the detention centre. His treatment there was even worse than it had been previously.

He was put in a ‘suicide watch box’. 1.5m x 2m, no windows, just a small hole for air. A fluorescent light inside. A mattress, no pillows, no sheets. He was trapped in their in solitary confinement for 22 hours a day, with 2 hours of freedom for exercise.

He went on hunger strike, and said he would only break it if his anatomy book was returned to him. The captours didn’t understand what his motivation was. An anatomy book? Really? That’s all you want? Those are you demands? It was all he asked for and they granted it to him.

He studied it front to back, page by page, over and over. Eventually he had asylum granted, and he started living in Australia. He got a job working as a doctor, and with all his anatomy knowledge aced his membership examination.

He is now a Professor at the University of Sydney leading the world in robotic surgery. An incredible story of resilience, and an incredible man.

Whenever someone tells you that refugees are not human beings and that they are a drain on our country, remember to tell them about Munjed.